Creators of the new AI-powered platform promise users the freedom to express themselves without fear of toxicity or being trolled.

SAN FRANCISCO–(BUSINESS WIRE)–You no longer have to choose between protecting your well-being and creating an online space where you feel free to be your authentic self. That’s the message Wildr, the world’s first toxicity-free social network, is sending social media users – especially Gen Z. New users will have the opportunity to join Wildr and enjoy a positive, kind, empathetic social network where users can express themselves without fear of hateful comments or never-ending arguments. 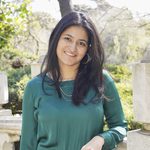 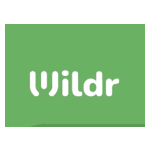 Wildr’s pre-seed round closed at the end of September and was expected to close at $2.5m, having already raised $1m with Agya Ventures. The fund focuses on investing in exceptional entrepreneurs and early-stage companies favoring those with at least one female co-founder. An oversubscribed angel round secured an additional $1.5m in funding.

Melissa Ravi, Wildr CEO and co-founder, said, “I have always lived by the mantra, in a world where you can be anything, be kind. Wildr is the perfect intersection of personal and professional for me. It allowed me to do something that helps make the world a better place and build a company whose fundamental mission is creating an online community where people feel safe and happy to be their authentic selves.”

Wildr’s core philosophy is real people, real posts and no toxicity. Users must have verified profiles before they earn the right to comment or engage with other users. The platform also uses AI-powered technology to detect hateful or toxic comments and then alerts the user and asks them to confirm the comment before posting. If the user confirms the comment after being warned and another user flags it, it is considered a negative comment.

According to Ravi, “Users will be able to see if others have a positive or negative reputation through Wildr’s patent-protected traffic light system that appears around users’ profiles. The user’s profile ring will appear green, yellow, or red based on their status. Users will never be removed from the platform, but a red ring means their ability to interact outside of their own profile will be revoked.”

Additional features of Wildr include:

Wildr is now available on iTunes and Google Play.

Wildr, based in San Francisco, Calif., is the world’s first toxicity-free social network and was incorporated in 2021 following 18 months of development by CEO and co-founder Melissa Ravi, and Founder Om Swami. The C-Suite is joined by a CTO and Head of BlockChain Strategy who are ex-Google, Microsoft, and Yahoo. The platform’s AI-powered troll detection and comment moderation vibe check socializing and sharing online, with a zero trolling policy that works. Wildr is a social network of value, turning its back on clickbait and advertising that increasingly litter precious headspace. Wildr’s next-gen Web 3.0 monetization tools are being built to flip-reverse the churn-and-burn content engine on its head for content creators and followers alike. Wildr will never be a place to hide for trolls, with ID verification as standard when signing up. Learn more at wildr.com.