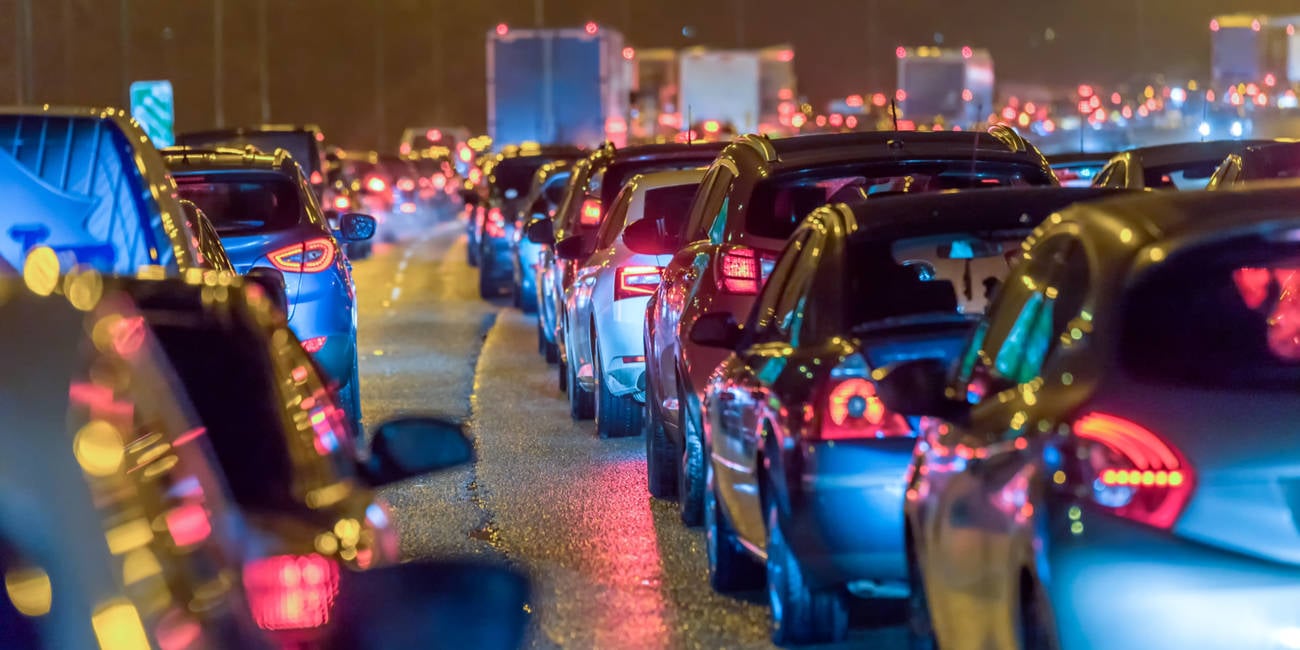 A multi-university research team has discovered the solution to traffic jams plaguing everyone’s commutes: AI traffic managers that, rather than driving like impulsive humans, react to their surroundings to make traffic flow more smoothly.

That’s the initial suggestion from a five-day trial that took place in Nashville last week that saw researchers from the CIRCLES Consortium deploy 100 human-piloted vehicles with AI-powered cruise control systems in morning highway traffic on I-24.

The CIRCLES Consortium’s goal with the experiment, and its overall mission, is to use deep reinforcement learning to improve traffic flow and reduce fuel consumption caused by what it calls “phantom jams” or traffic slowdowns that have no apparent cause other than how humans tend to drive.

“Driving is very intuitive. If there’s a gap in front of you, you accelerate. If someone brakes, you slow down. But it turns out that this very normal reaction can lead to stop-and-go traffic and energy inefficiency,” said CIRCLES Consortium Principal Investigator and UC Berkeley professor Alexandre Bayen.

The vehicles used in the experiment were equipped with AI algorithms the CIRCLES team calls “speed planners” and “controllers.” Both of them use information about overall traffic conditions and immediate surroundings to determine the best speed for the vehicle to take to improve traffic flow.

“Our preliminary results suggest that, even with a small proportion of these vehicles on the road, we can effectively change the overall behavior of traffic,” Bayen said.

A little AI traffic can go a long way

Because of the sheer volume of data collected over the course of the experiment, Bayen believes it may take months to get a more precise result. Still, the initial findings appear to support a smaller experiment performed by UC Berkeley researchers in 2016.

In that test six years ago, 20 cars on a closed circular track were driven by human drivers, and researchers noted the appearance of similar patterns to those on highways and busy roads. Adding a single AI-equipped vehicle to the test reduced congestion and led to a 40% reduction in fuel use.

Last week’s test added some new technology that made it into what Bayen described as a game changer: the vehicles coordinated actions between themselves, allowing them to react to conditions further ahead and coordinate their traffic influence network accordingly.

The AI-powered vehicles also incorporate information about local traffic conditions from the I-24 MOTION corridor where the test was performed, which is a section of highway equipped with 300 4K sensors for traffic monitoring.

Armed with data from both I-24 and vehicle sensors, the CIRCLES team plans to update their computer simulations to help them better reflect the real world. As part of that, they want their onboard AI to learn to not only better control traffic, but also learn to be a socially acceptable driver on public roadways.

“We want to train our vehicles to drive in a specific way that is not human-like, but also not completely socially unacceptable. A big focus for us during the test week was to make daily tweaks to our controllers based on feedback from our drivers,” said CIRCLES chief engineer and co-principal investigator Jonathan Lee.

Eventually the team wants to see similar technology deployed in many, “if not all, vehicles,” Lee said. The CIRCLES team is working on scaling its technology, but we weren’t able to determine if, or when, such technology could make it to a highway near you. ®