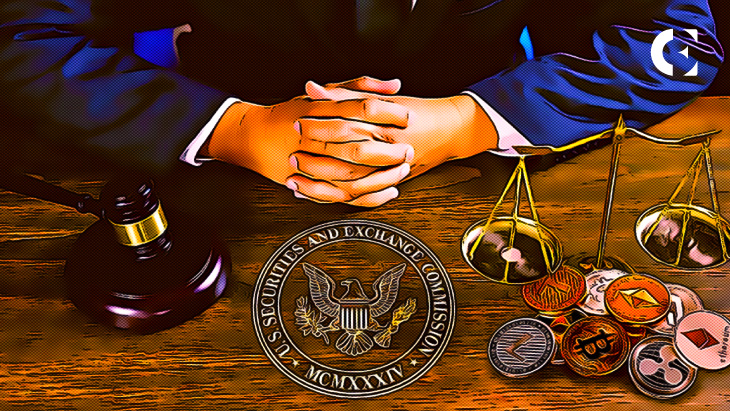 Crypto Law Founder, John Deaton, in a recent post on Twitter, shared some facts about Ripple (XRP). Deaton claims that XRP has been one of the largest cryptos as it has stood the test of time. Per Deaton’s survey, the altcoin has been one of the top ten cryptos for a decade.

Deaton further went on to add that the U.S. Securities and Exchange Commission’s (SEC) lawsuit is just not limited to the sales of Ripple. He added, that as per SEC, every sale of XRP no matter who sells it, is considered a security.

Furthermore, the move is what led Coinbase, Kraken Exchange, and others to delist XRP from their exchanges. However, even after all going south for XRP, the altcoin has managed to maintain its position as the top ten cryptos even today.

Deaton, in the same tweet, went on to add that it would be naive of crypto influencers including Lark Davis who would think that the value of XRP would fall because JP Morgan chose to use Matic andAave to settle USD to JPY.

Sooo…. if JP Morgan is using $matic and $aave to settle USD to JPY forex transactions then what is the value proposition for #XRP now?

Deaton was seen defending Ripple in further instances. He went on to add that Davis does not know the difference between Ripple and XRP. He further added that had Davis asked if JPM’s use of Matic and Aave negatively impact Ripple’s business model, the claim would have made some sense.

While concluding the thread, Deaton stated that it’s a surprise that XRP remains one of the most misunderstood cryptos even after being around and near the top for a decade.

As of press time, XRP ranks number 7 token on CoinMarketCap. The price of the coin is currently moving at $0.4158.