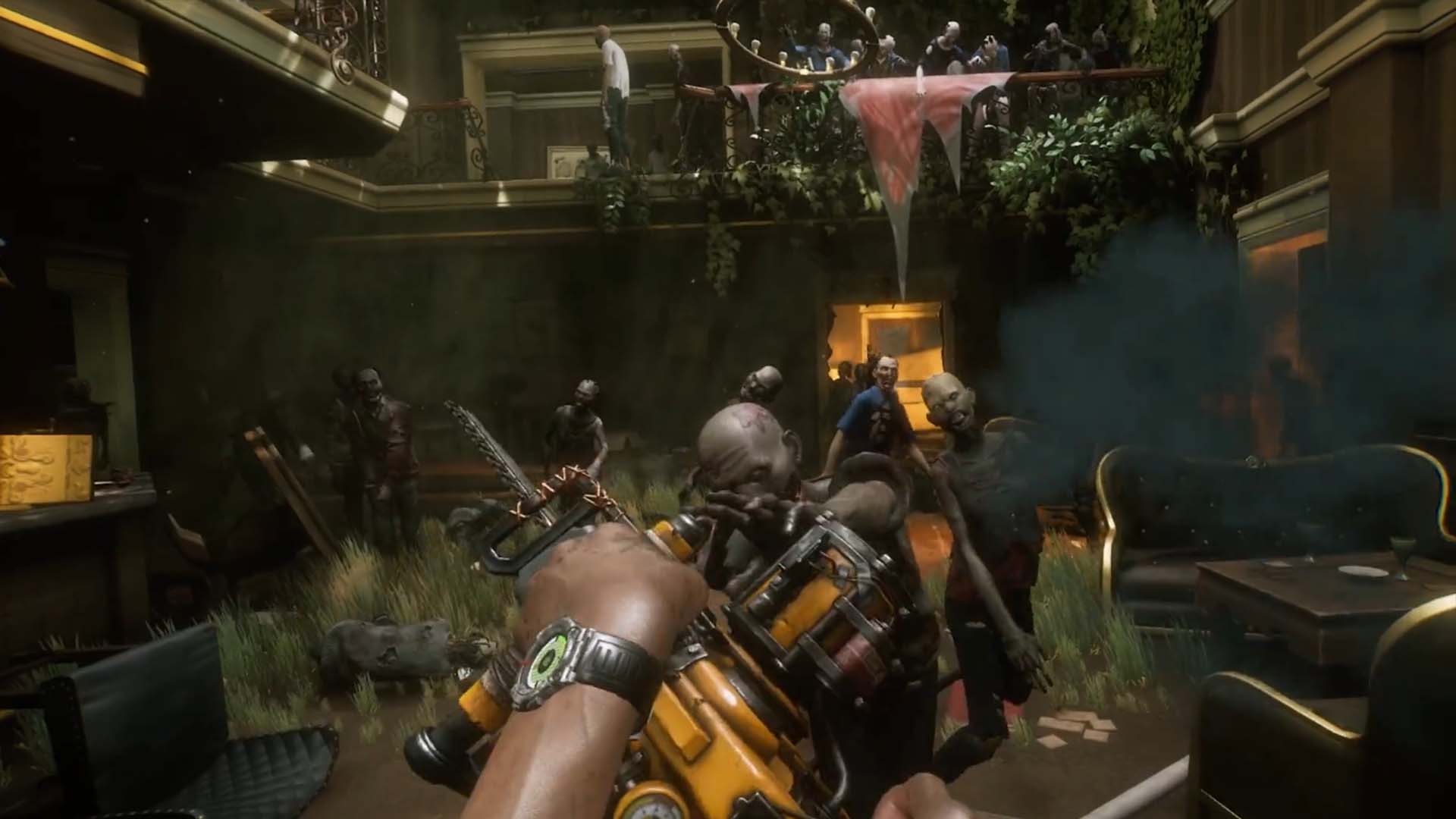 Skydance Interactive confirmed today that the PSVR 2 version of The Walking Dead: Saints & Sinners – Chapter 2: Retribution will release on March 21, alongside the PC VR version.

The PC VR version of Saints & Sinners: Chapter 2 was previously slated for a February 2023 launch (the Steam listing still reads February 2023 at the time of writing), so the news of a simultaneous launch alongside PSVR 2 essentially indicates a delay for PC VR players.

Skydance said that it will be possible to transfer save data across Meta, PC and PSVR 2 platforms, allowing players to “experience the game on various headsets from where they left off.” So if you’re Quest 2 player who hasn’t finished Retribution’s campaign yet, for example, you’ll be able to purchase a PSVR 2 copy of the game and transfer progress over to that platform in March if you’d prefer.

Skydance also confirmed that the original Saints & Sinners will be available for PSVR 2 on March 21, 2023 as well. Those who owned the original on PSVR will be able to download the PSVR 2 version for free at launch.

From January 23 until February 6, Skydance will also offer a bundle on the Meta platform that includes both the original Saints & Sinners and Chapter 2: Retribution for $59.99, saving players roughly $20 compared to buying both games individually. PlayStation store listings from late last year indicate this bundle will also be coming to PSVR 2 at some point in the future, but Skydance did not confirm any further details today.

Saints & Sinners: Chapter 2 – Retribution released for Quest 2 in December last year, marred by a plethora of significant bugs and performance problems at launch. While Skydance issued a patch that resolved some of these issues, many persisted and the game remains a mixed bag that feels more like an extension of the original than a full sequel. You can read our full thoughts in our Saints & Sinners – Chapter 2 review from last month.

Skydance said in December that further updates to the game were scheduled for 2023 and confirmed today that all improvements made to the Quest 2 version will carry over to releases on platforms, such as PSVR 2 and PC VR.