An Oxygen production test on the Mars Perserverance rover has worked. It is 0.5% scale test for a larger system. The larger system will weigh one ton and over one year using 25 kilowatts of power produce 2 kg per hour of oxygen. Oxygen is the heaviest part or rocket fuel. The full scale system would produce 17.5 tons of oxygen for fuel in a year. Over a year and half the one ton system would save 25 tons of oxygen for fuel.

The MOXIE system is a fuel cell. If you put in water and CO2 then you can get oxygen and water. 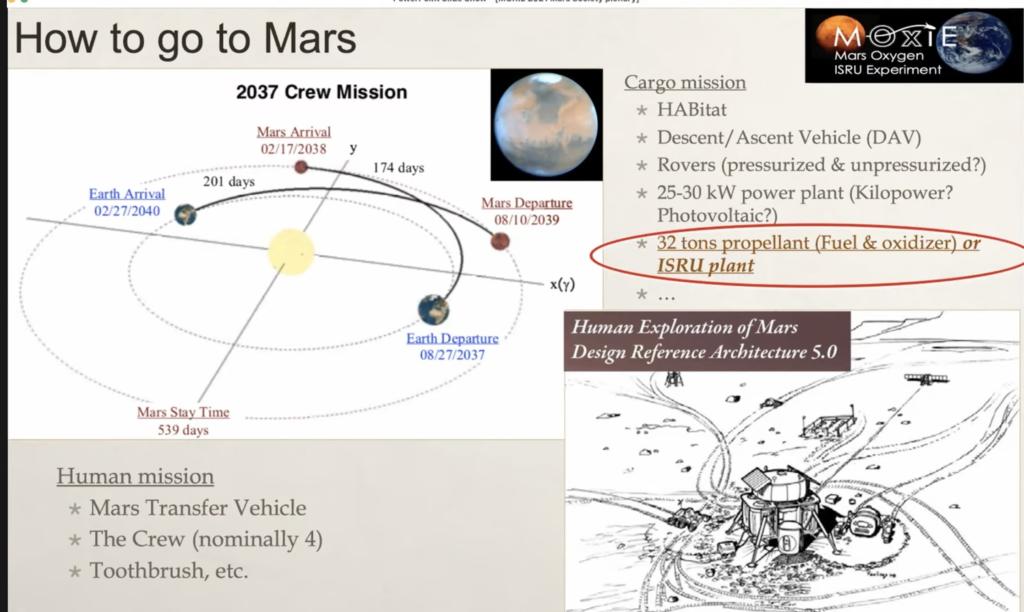 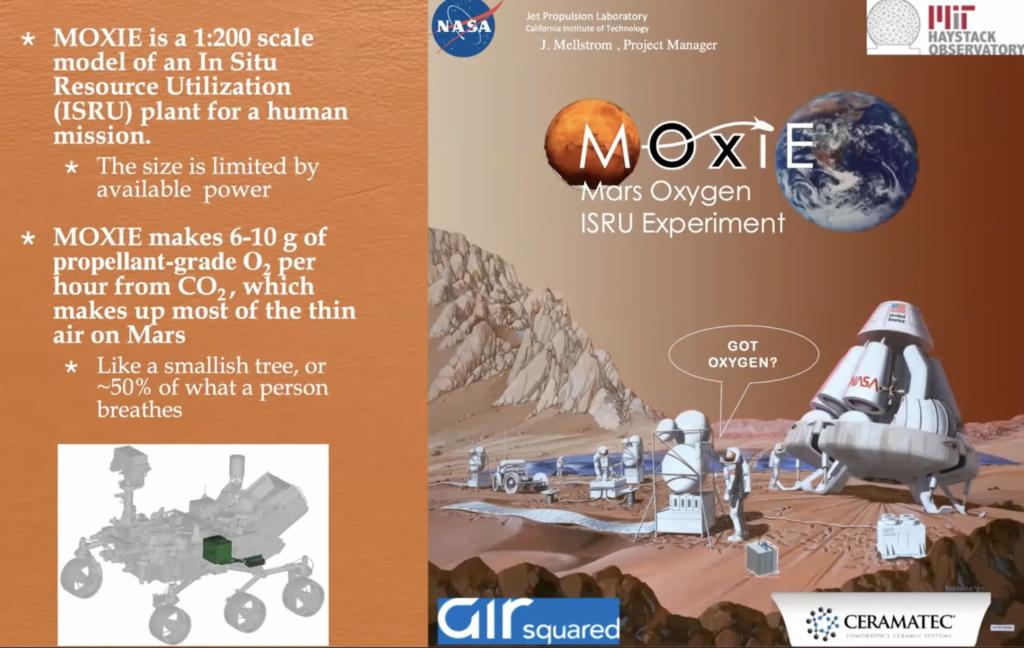 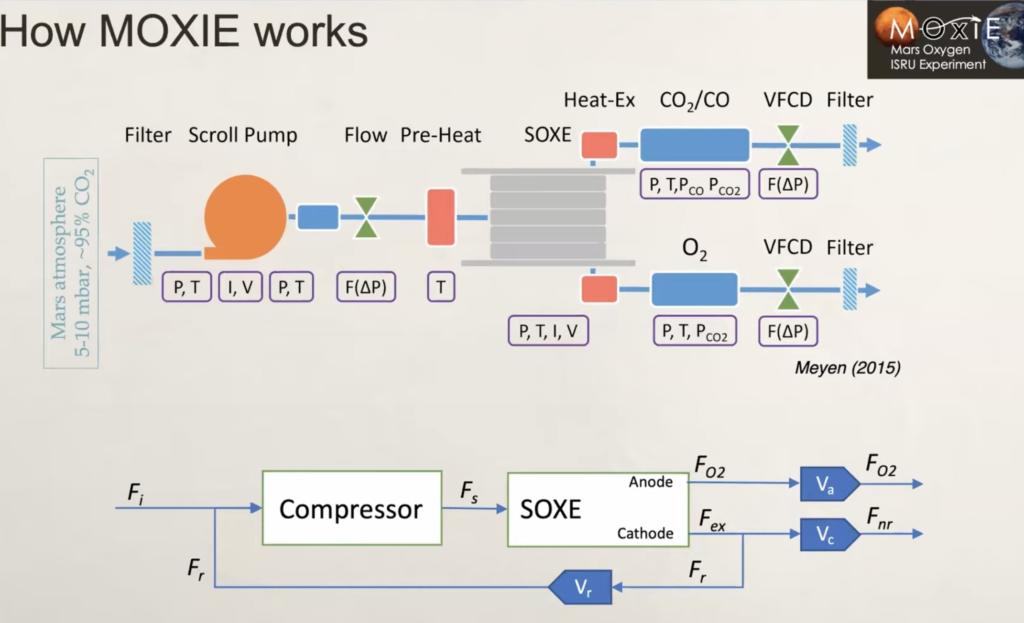 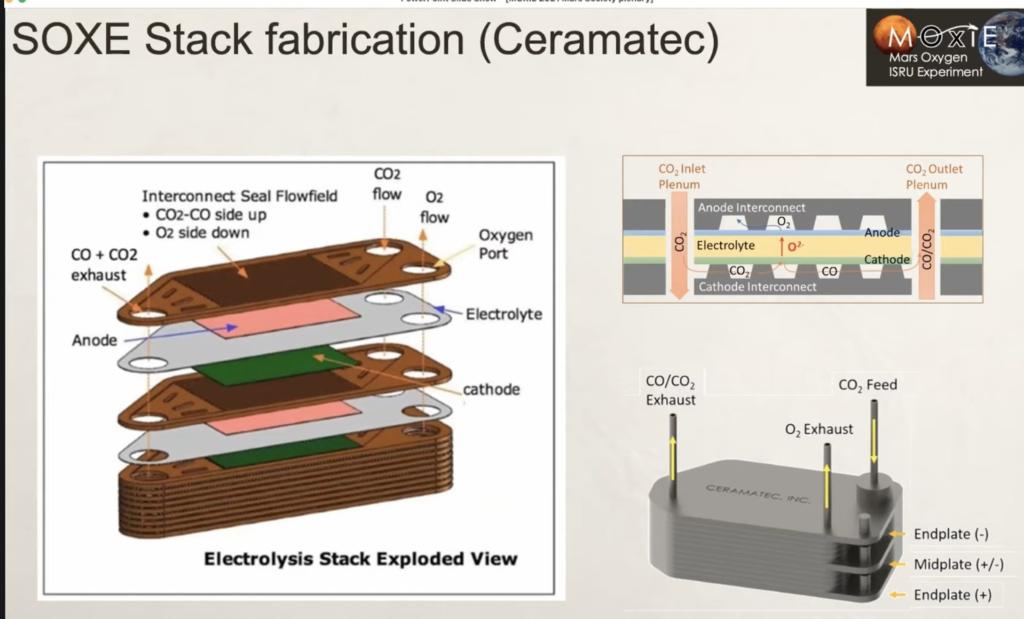 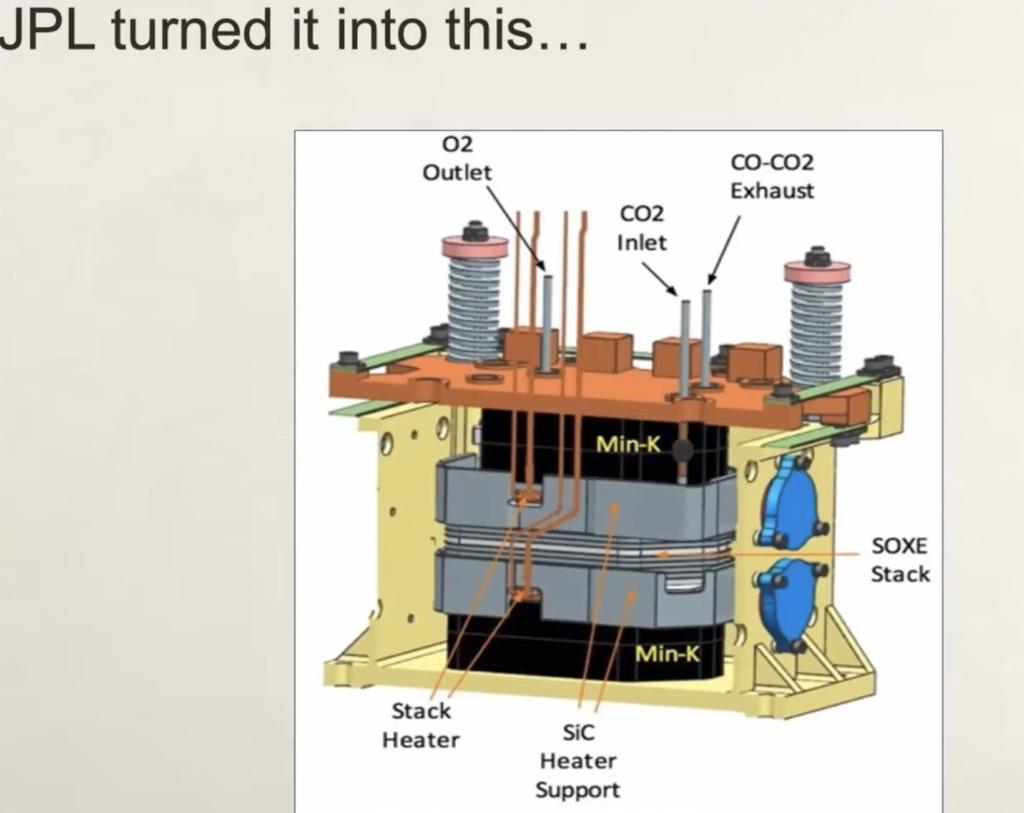 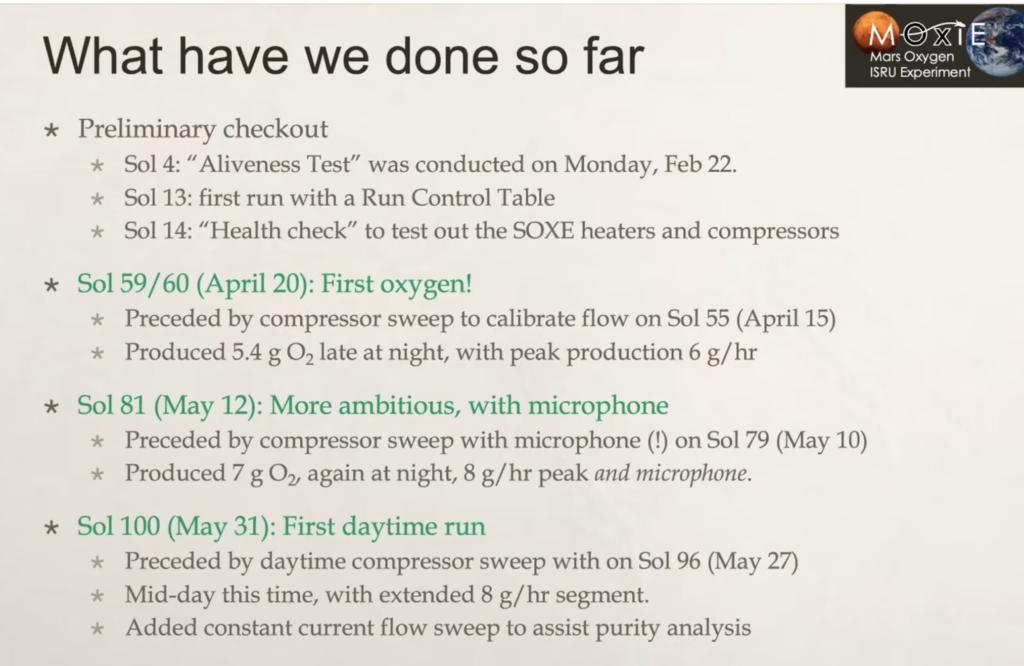 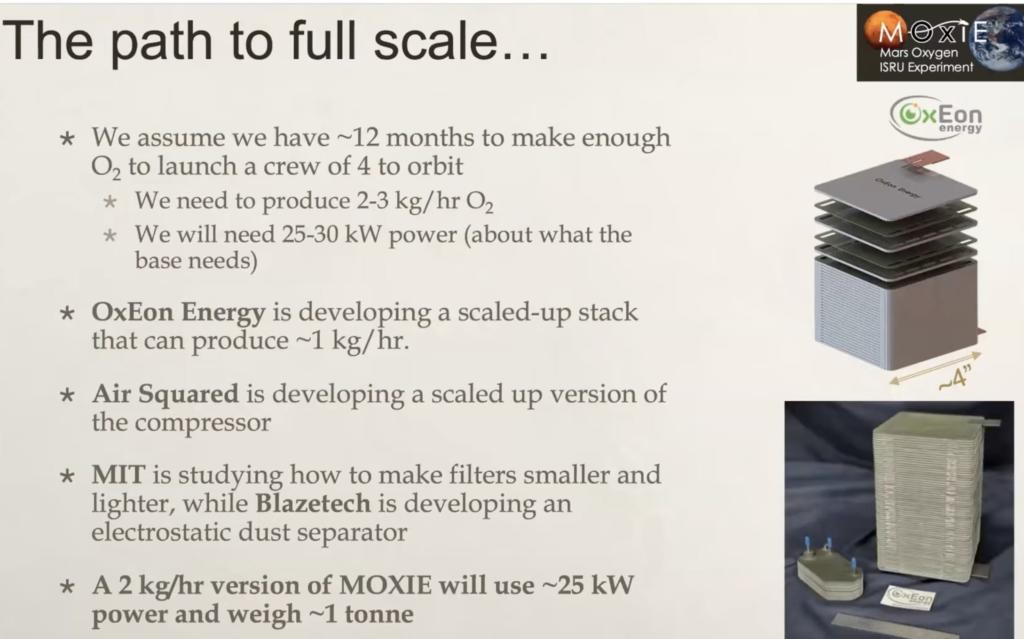