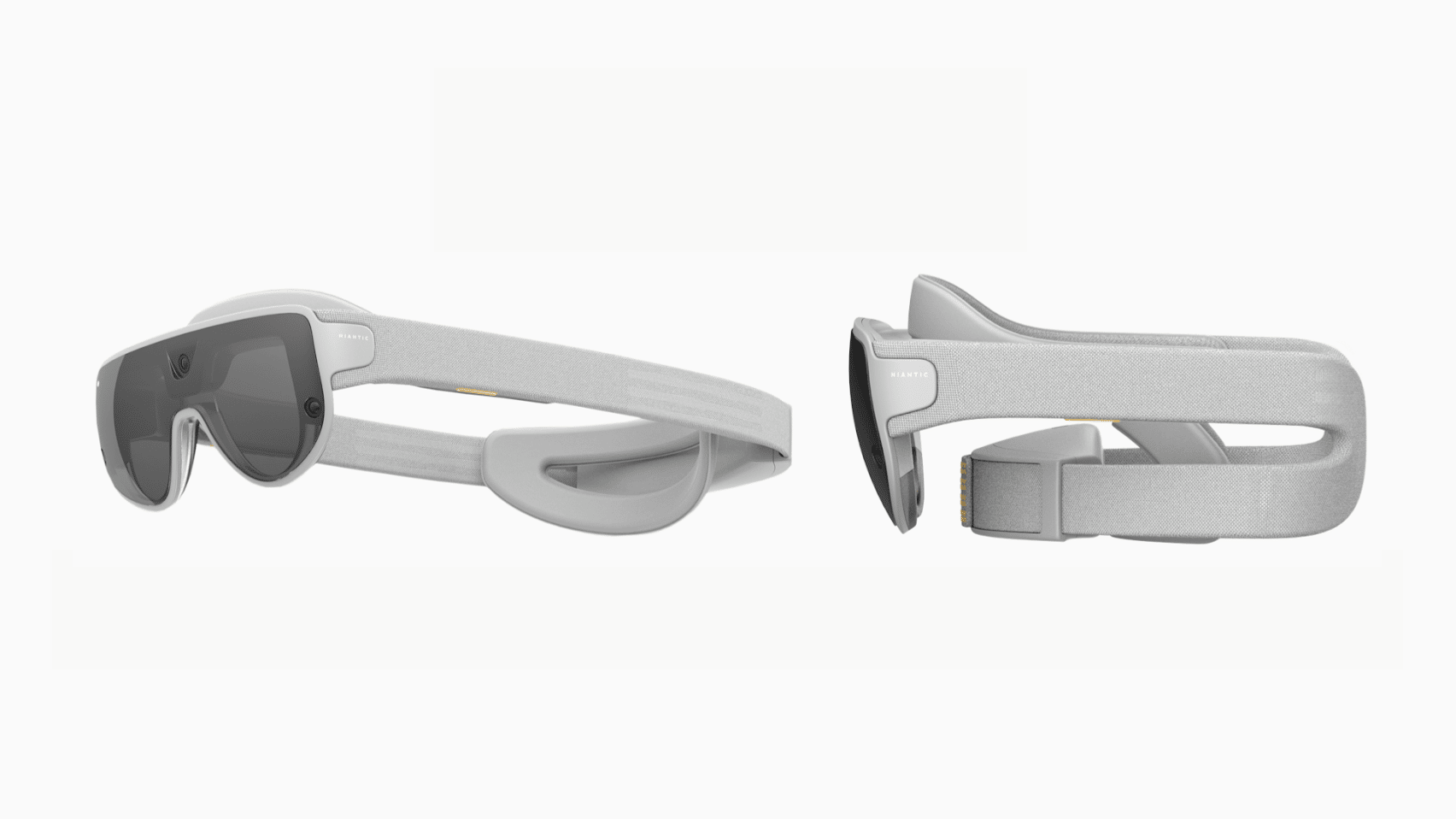 Snapdragon AR2 was announced on Wednesday. It’s a triple-chip solution for thin AR glasses wirelessly powered by a phone, laptop, or puck. Neither Niantic nor Qualcomm mentioned what device is actually running the apps on this reference design headset, but a large controller is visible in the trailer. Niantic’s previous reference design from last year was tethered to a phone and a battery via a USB-C cable.

The headset uses transparent waveguide optics, features three tracking cameras, and weighs less than 250 grams. It has a folding design to make it more portable than rigid-strap headsets like Quest Pro and HoloLens 2.

As a reminder: this is a reference design. Niantic is a software company, and this isn’t a consumer product. There’s no indication Niantic plans to become a consumer hardware company. The intention here may instead be to give its developers and partners real devices to experiment with today so that when mass-market outdoor AR glasses are available it will have a significant head start on building content.

Niantic also announced that its Lightship VPS service will be compatible with Snapdragon Spaces, Qualcomm’s AR SDK some hardware makers support (though consumer devices so far use their own proprietary SDKs). Visual Positioning Systems (VPS) use computer vision algorithms to determine the device’s exact geographical position in the real world down to the centimeter – especially useful in cities where large buildings occlude GPS signals. VPS enables positioning virtual objects in real-world landmarks to be viewed by any AR users passing by.

Last year Niantic launched smartphone AR game Pikmin Bloom, but it shut down Harry Potter – Wizards Unite and Transformers: Heavy Metal. Next year it plans to launch Marvel World Of Heroes. Niantic is well positioned to bring these games and more to consumer AR glasses – though reports suggest Meta and Apple don’t plan on shipping them until the second half of the decade.