This week has gone from bad to worse for the New Zealand dollar, as NZD/USD has taken a tumble on Thursday. In the North American session, NZD/USD is trading at 0.6248, down 0.74% on the day. The currency has dropped 2.66% this week and is trading at lows not seen since June 2020.

The US inflation report for April showed that CPI eased, but the decline was much smaller than expected. US CPI dropped from 8.5% to 8.3%, above the estimate of 8.1%. This chilled any speculation of an ‘”inflation peak”, as the markets digested the fact that even if inflation is moving lower, it could do so at a very slow pace.

For the Fed, the high inflation reading confirms that its hawkish stance is justified, but now there are calls for policy makers to be even more aggressive in tightening the monetary screws. The Fed has signalled that it plans to deliver 50-bps increases in June and July, but the markets aren’t dismissing the possibility of a massive 75-bps hike. Fed member James Bullard said on Wednesday that 50-bps moves were his base case and this appears to be the majority view.

Still, inflation was higher than investors or the Fed had expected, and the May inflation report, which will be released just a few days prior to the Fed’s next meeting on June 14-15th, will be critical in determining the size of the next rate hike. The Fed has embarked on a rate-hike cycle primarily because of soaring inflation, so it stands to reason that inflation will be a key factor in rate policy. Fed member Mester said on Tuesday that she supports raising rates by 50-bps at the next two meetings and then speeding up or slowing down the pace of increases based on inflation levels. 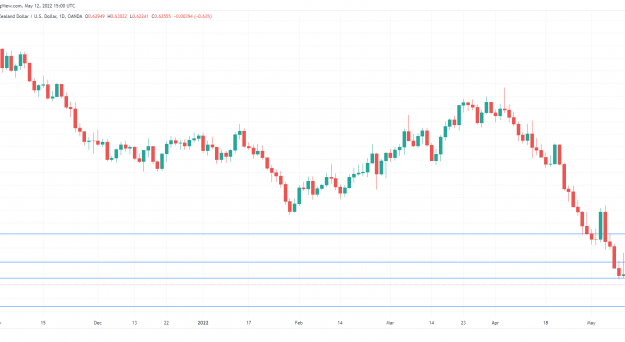 This article is for general information purposes only. It is not investment advice or a solution to buy or sell securities. Opinions are the authors; not necessarily that of OANDA Corporation or any of its affiliates, subsidiaries, officers or directors. Leveraged trading is high risk and not suitable for all. You could lose all of your deposited funds.

A highly experienced financial market analyst with a focus on fundamental analysis, Kenneth Fisher’s daily commentary covers a broad range of markets including forex, equities and commodities. His work has been published in several major online financial publications including Investing.com, Seeking Alpha and FXStreet. Based in Israel, Kenny has been a MarketPulse contributor since 2012.