Ethereum Shadow fork Goes Live: Users of the world’s second-largest blockchain, Ethereum, are one step closer to accessing the $26 billion worth of ETH. On Monday, developers of Ethereum said they have deployed the first mainnet shadow fork in preparation for the Shanghai upgrade in March.

Here are the 7 Things to Know about Ethereum Shadow Fork

1. According to Marius Van Der Wijden, a software developer at the Ethereum Foundation, there were a few minor glitches on Geth clients — software used by nodes to operate the blockchain — but the team managed to resolve them and the shadow fork was applied successfully.

2. Ethereum shadow fork is a copy of the blockchain used to run tests before creating the public testnet. It will allow developers to test the waters before the upcoming Shanghai upgrade. The public testnet for Shanghai will go live in the coming days.

3. The Shanghai upgrade will be the first major update since Ethereum’s historic merge in September. The Ethereum merge introduced the ability for users to deposit ETH with the network to become validators and help authenticate on-chain transactions.

4. There is some concern within the crypto industry that once the Shanghai upgrade goes live there will be increased sell pressure on the token from the sudden availability of 16 million unlocked Ether.

5. Vitalik Buterin, Ethereum’s founder and current CEO, proposed the implementation of a feature he named “Stealth Addresses.” In an article, while highlighting the difficulty of ensuring privacy in the ecosystem, Buterin stated: “Fixing this state of affairs is a serious topic.”

6. Impact of Ethereum shadow fork: the argument against that is that 16 million Ether represents only 13.2% of the total circulating supply of the cryptocurrency. This upgrade will allow the around 16 million staked into the network to be unlocked, according to Etherscan.

7. Some Ethereum Devs Opposed the Rushed Upgrade: While most people are looking forward to the launch of Shanghai, a handful of Ethereum developers remain opposed to it. They believe that the unstaking of ETH is acceding to public demands and not so much about the long-term health of Ethereum.

Also Read: Top 7 Ethereum Ecosystem Tokens to Add in Your Portfolio Next Week

✓ Share:
CoinGape comprises an experienced team of native content writers and editors working round the clock to cover news globally and present news as a fact rather than an opinion. CoinGape writers and reporters contributed to this article. 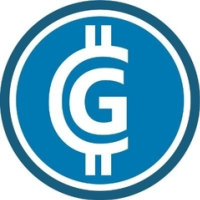