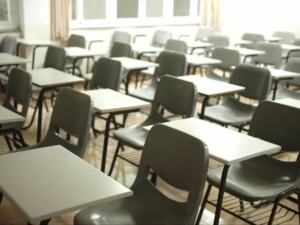 The South Redford School District in Michigan canceled classes on Wednesday for the second straight day after its computer system was infiltrated in a cyber attack. This occurred only weeks after federal officials warned that threat actors were increasingly targeting schools throughout the country in cyber attacks.

South Redford officials announced the closure in a post on the district’s website and warned employees against using communication devices issued by the district.

“At this time, Cyber Forensic teams are advising the District to remain closed for (Wednesday),” the bulletin said. “Student and staff data security continues to be a top priority for the South Redford School District. Cyber Forensics teams are diligently working to (restore) our systems to normal operations,” read South Redford’s announcement.

The closure came following a warning from federal officials earlier this month that said hackers were ramping up cyber attacks on schools across the US.

Three federal agencies (the FBI, CISA, and  the Multi-State Information Sharing and Analysis Center) released a joint cybersecurity advisory on Sept. 6 that warned of a gang known as Vice Society “disproportionately targeting the education sector with ransomware attacks.”

“Over the past several years, the education sector, especially kindergarten through 12th grade (K-12) institutions, has been a frequent target of ransomware attacks,” said the federal advisory.

“Impacts from these attacks have ranged from restricted access to networks and data, delayed exams, canceled school days, and unauthorized access to and theft of personal information regarding students and staff,” the advisory added.

Since the start of the school year this month, threat actors have reportedly attacked computer systems in districts nationwide. This included the Los Angeles Unified School District, which is the second-largest district in the US.

South Redford officials said in the district’s post that a team was working to get the system back up and running as quickly as possible.

“We appreciate the patience and understanding of our community as we navigate this difficult situation,” the post added. “This is a time intensive process and one that we continue to take seriously.”

Later that same day, South Redford officials announced on the district website that school will open back up on Thursday.

Bitcoin Greener Than Commonly Thought, According To Cambridge Researchers