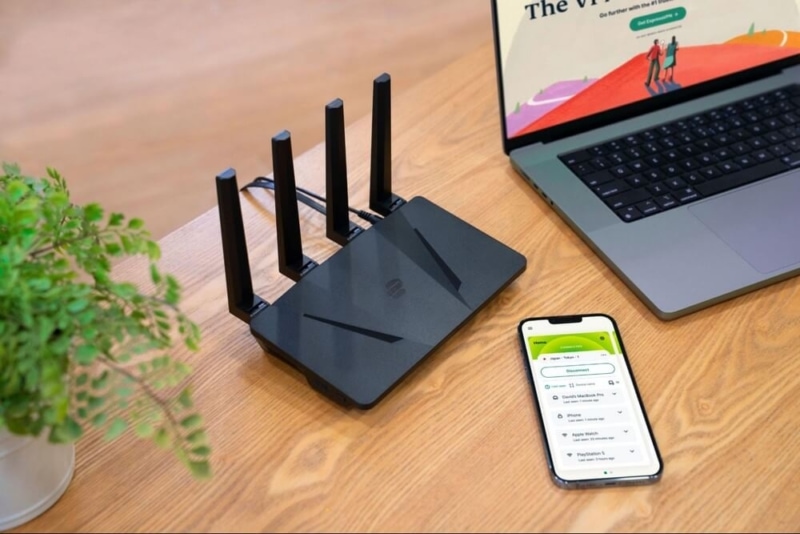 A VPN secures your privacy by hiding your actual IP address behind the VPN’s virtual IP address, protects your data with the same level of encryption that banks use, which scrambles your internet traffic.

According to ExpressVPN, the average US home has 25 devices simultaneously connected to its Wi-FI network. “At the same time, research shows that 98% of smart home device traffic is still unencrypted,” the company said.

Aircove is easily able to protect users’ entire home network and all of their connected devices within minutes. Additionally, because the protection comes completely built-in, customers will no longer need to manually configure a VPN on their routers. This also means that users won’t have to deal with router flashing anymore, as VPN protection comes straight out of the box.

The Wi-Fi 6 router comes with some useful features, including something called Device Groups. According to ExpressVPN, this tool lets users simply drag and drop their devices in up to 5 groups, each with their own VPN locations.

Since Aircove uses Wi-Fi 6, this means that it has faster and more reliable connectivity than most other routers. ExpressVPN’s router allows speeds up to 1,200 Mbps (600 Mbps for 2.4GHz and 1,200 Mbps for 5GHz) and is able to cover homes up to 1,600 square feet.

Similar to its parent company, Aircove is also proven to have top-notch security. In June and July of this year, cybersecurity firm Cure53 conducted a penetration and source-code audit of the Wi-FI 6 router. In its audit, Cure53 found that ExpressVPN “established a first-rate security level” for Aircove.

Bitcoin Greener Than Commonly Thought, According To Cambridge Researchers